It’s been a running joke that it feels like we’ve been living on a commune around here lately - at least when it comes to sharing the kitchen responsibilities. M and my sister, who lives just around the corner, have been working together on a project, and thus often spend afternoons working from home around our dining room table. One evening, since she was already here, we decided to invite her partner over and have a barbecue. The boys went out for the meat and, with an excitement arguably disproportionate to the discovery of sale meat, returned with two enormous packs of chicken drumsticks. One pack went into the freezer, one pack went onto the BBQ, and they since went back to get a few more packs before the sale ended. And so began our quest to use up all that chicken. We have had barbecue chicken probably six or seven times in the last few weeks, each time dividing the cooking and cleaning between the four of us. My sister’s partner has cooked the chicken, and I have made the sides. I’m thinking of it as the summer of chicken, or, from my perspective, the summer of sides, something I can’t say without thinking of George Costanza, in this scene, triumphantly declaring that this summer, will be his.

Coming up with a succession of sides to accompany the chicken was fun. It was an opportunity for me to improvise and experiment without having to produce an entire meal every night. And, it gave me practice cooking for other people, which is something I’m always nervous to do in fear that something might go wrong. To go with the chicken I’ve made eggplant caponata with focaccia bread, this amazing Mexican street corn salad that everyone loved, mixed roasted vegetables with feta and basil oil, and a grapefruit kale salad. Out of all of the chicken sides I’ve made, this cucumber salad was both one of my favourites, and most definitely the easiest. It's crunchy, fresh, spicy, and quick to make, especially if you have a mandolin.

The idea that I would make and recommend a salad consisting almost entirely of cucumbers is surprising. Cucumbers are one of those ingredients that I used to dislike, but eventually came around to after forcing myself to continue to try them in new ways. Foods like feta and sushi, now two of my favourite things to eat, also fall into this category of foods I've learned to love.

That there is a cultural or learned component to taste preferences [1] is something that, I think, North American food culture rarely acknowledges. Perhaps this is just one of the many outgrowths of the neoliberal need to attribute anything and everything to individual rational choice - and this choice alone. We don’t like to think that our thoughts, behaviours, or preferences could possibly be influenced by anything outside of our own conscious deliberation. Or, perhaps, more concretely, it is a function of the narrow range of flavours and textures that characterize mainstream North American cuisine.

The belief that food preferences aren't learned seems to also characterize discussions of the related issue of “children’s food” and kids’ natural propensities towards picky and/or bland eating. While there is evidence that children have some biological preference for sweeter foods [2], this preference can be short lived [3], and the notion that children will only eat bland foods becomes difficult to sustain when it is put into cross-cultural context. Most of the world’s cuisines are far less bland, and often far spicier than the standard North American fare, and are, presumably, consumed by adults and children alike. It seems that, in many cases, we need to become familiar with a food, flavour, or texture before we can determine whether or not we like it. For instance, there is evidence that children are more likely to accept foods if they have been exposed to those flavours while in the womb, or through breast milk [4].

My distaste for the crunchy green cucumber, however, was perhaps not the result of a lack of exposure. Both my Grandpas proudly grew cucumbers every year in their gardens, and, to them, salted cucumber and mayo sandwiches were a big treat, but I just couldn’t get on board. No, I think that it was a textural thing. I have trouble with produce that tastes as though it consists mostly of water. Too bland? Too grainy? Too much like slushy ice? I don’t know. There is no logic to this. These are all good things, especially when you add spicy Thai flavours. Though I love cucumbers now, I still have not come around to the similarly textured melon. I’ll have to work on that

*This gives the salad a fair bit of heat. If you want it less spicy, use only one pepper and/or remove the seeds.

**A mandolin is not absolutely necessary, but the thin slices create a nice texture. If you do not have a mandolin, slice with a knife as thinly as possible.

*** This salad is best eaten right away. It will keep fine for a few days in the fridge, but it will quickly become watery. 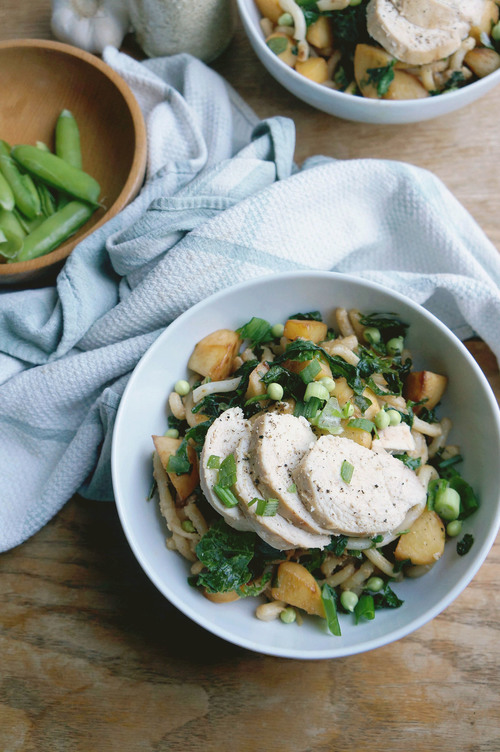 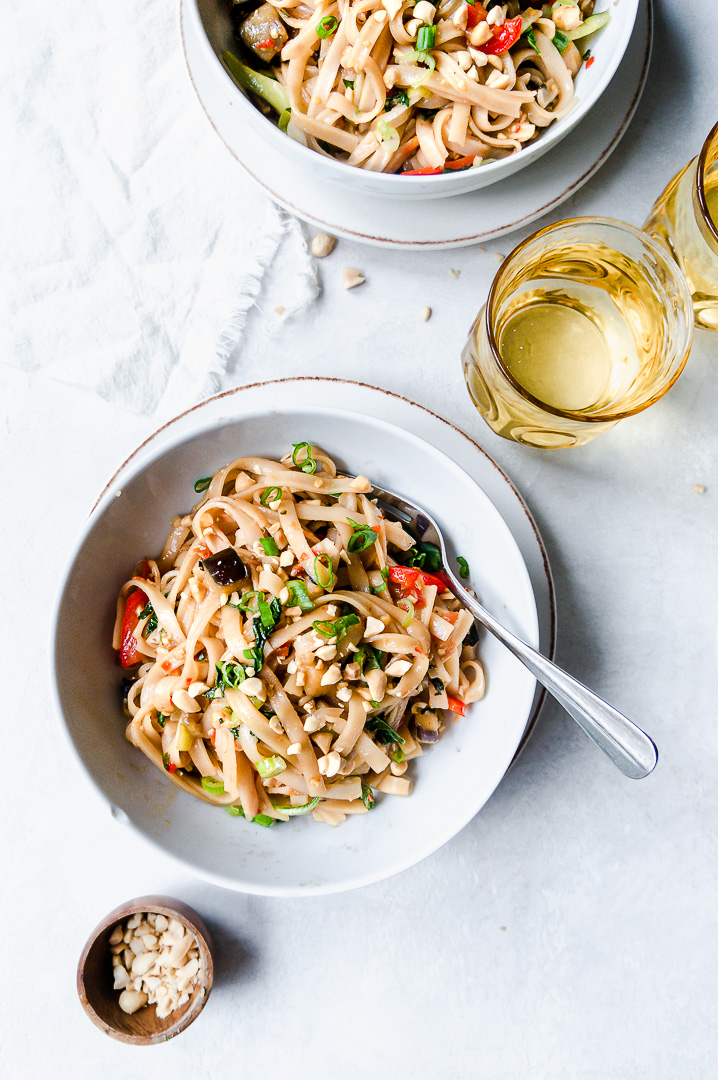