This skillet corn dish is so simple I can’t help but wonder why I haven’t thought of doing something like this myself. It consists only of chopped vegetables, balsamic vinegar, and a basil oil. I served this with mashed potatoes and rainbow trout fillets but it was equally delicious when I had it for lunch the next day - in the park. I love a good lunch option that does not require refrigeration or assemblage.

I adapted this recipe from The Adventures of MJ and Hungryman, adding in some chopped carrots and sliced red cabbage, as I had some in the fridge that needed using up.

Corn, like pineapple, is one of those things that I have only really cooked with from frozen. Perhaps because there is something intimidating about the unprocessed forms of some produce. Though less intimidating than a pineapple, I still was never quite sure what to do with those big ears of corn. The obvious answer may be to BBQ them whole, but I have an irrational fear of using a BBQ (though perhaps I am being too hard on myself, arguably it is perfectly rational to fear propane tanks).

The Adventures of MJ and Hungryman picture the corn being shaved with a knife while propped up on an overturned bowl that has been placed inside a larger bowl – I copied the technique in that photo and it worked perfectly.

If you were to read my blog from the beginning, you would probably notice a trend – in making dishes for my blog, I am using many ingredients for the first time. It seems that the range of foods that I am familiar with is relatively small. This results, partly, from growing up eating a standard North American diet (as most North Americans have), which generally consists of meat and potatoes and lots of processed, canned, and frozen foods.

A nice thing about this blog, is that it is helping me to get over that initial hurdle of unfamiliarity that would otherwise cause me to stay in my comfort zone. I am going for ingredients that I normally wouldn’t try, in part because I feel the pressure to post something. The fresh basil I used in the basil oil for this recipe is another example of this. I have, of course, used basil before, but never in its fresh form. Apparently fresh basil should not be kept in the fridge, I made the mistake of not researching how to store basil, left it in the fridge, and by the time I took it out a few days later, two thirds of it had gone brown. Luckily there was just enough left for this recipe. Lesson learned, when using new ingredients, google them first.

This skillet corn dish is so simple I can’t help but wonder why I haven’t thought of doing something like this myself. It consists only of chopped vegetables, balsamic vinegar, and a basil oil.

For the Basil Oil

For the Skillet Corn 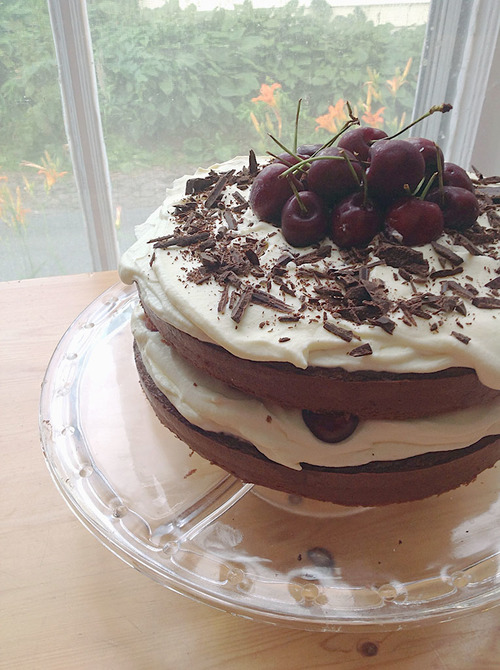