Pan con tomate is one of the simplest things I’ve made and one of the most delicious. It is essentially a Spanish tomatoes on toast, which, admittedly, hardly seems like a dish requiring a recipe at all. Of course, seek out a recipe and you will be met with a surprising level of debate over its particulars. The original form of the dish seems to be the Catalan “pa amb tomàquet,” which is made by rubbing a cut tomato onto the surface of crusty bread until it is just moistened, sometimes scraping off any excess. But tomatoes on toast are found in all regions of Spain. Versions prepared outside Catalonia more-than-likely involve grating the tomatoes into a thick pulp and spooning a generous amount onto slices of bread. It is commonly eaten for breakfast or as one of many small dishes - or tapas - eaten at tapas bars.

Penelope Casas describes tapas as both a style of eating and a representation of a distinctly Spanish way of life.

““The tapas way of life is completely in tune with the Spanish character. To eat tapas-style is to eat by whim, free from rules and schedules. It is meant for those who wish to enjoy life to the fullest and who love to while away the time with friends.” (Casas, 2007, p. xvii)”

It’s an appealing description of the act of eating. But, if I’m being honest, I don’t recognize myself in it. And it doesn’t reflect the way that eating habits are described in North American food media. There you are more likely to find harried attempts to get something, anything, on the table, as quickly as possible on a weeknight after work. Lunches eaten on the go or while sitting behind a desk. Snacking alone in front of the television. We are increasingly eating alone or opting for meals made of ingredients that have been cooked together and will be eaten simultaneously: one-pot, instant pot, sheet-pan dinner.

How many of us are whiling away our time with the intention of enjoying it to the fullest, eating tapas or other multi-course meals, one dish after another? Serving a menu presumes both that there are people sitting at the table waiting to have each course brought to them in succession, and that those who are eating are able and willing to while away their time. Eating in the style of tapas, structuring meals as menus, may or may not represent a uniquely Spanish character, but it does suggest something about our relationship to time and our ideas about how we should be, or need to be, spending it.

For many North Americans, time seems to be in increasingly short supply. What little we have, we are encouraged to believe we should be squeezing every possible ounce of productivity out of every available second. Living our lives to the fullest too often translates into making the most of it - maximizing, optimizing, monetizing.

But productivity is a pursuit with diminishing returns. A person’s capacity for productivity drops after about 50 hours of work per week. Working constantly actually works against the objective of productivity, a fact the popular book how to do nothing might argue, though, I can’t be sure, I don’t have time to read it. What the pursuit of constant productivity does do is prevent us from taking our eyes off the goal of eventual success and financial security for long enough to notice the inequalities in how these are distributed or the things that are excluded when we, as individuals or as a society, believe that no second should be wasted; pursuits motivated by something other than efficiency and never-ending growth, like cultivating relationships, community, meaning or beauty, or simply experiencing enjoyment and relaxation.

Tapas: The Little Dishes of Spain

Diminishing Returns at Work: The Consequences of Working Long Hours

How to do Nothing: Resisting the Attention Economy

Pan con tomate is an extremely simple dish. I couldn’t resist adding something extra. Some people balk at anchovies, I get it, but I am a firm believer that anchovies make almost anything better. If you detest them, or feel like an aioli would only over-complicate a classic, leave it out. If you want the anchovy flavour but don’t have the time to make an aioli, you could simply lay the anchovy fillets over the toast. I don’t love biting into anchovy fillets. Mixing them into an aioli provides the salty, umami flavour of anchovies, without the textural reminder that you are biting into a tiny fish.

Spanish versions of this sauce are called allioli and are made without the egg. I found this yolk-less version more difficult to make and not really worth the effort. Aioli can be made in a food processor or with a hand blender, but I find it easier to just whisk by hand. It requires a bit of extra elbow grease, but it is less likely to split, and requires less clean-up.

A split aioli is nothing to worry about. To bring it back together, start over in a clean bowl with a fresh egg yolk. Whisk the new yolk constantly, and slowly pour the split mixture into the bowl.

Working with thyme can be a pain. Its small leaves can be painstaking to separate from its woody stems. To make it easier, I thread the stems through a fine mesh sieve. Push the end of the woody stem into a hole in the sieve, and pull it out from the other side. The sieve will shear the leaves off the stem.

These crostini should be served immediately, otherwise the bread my become soggy and they won’t look as pretty. Alternatively, you could serve the toppings and bread separately, allowing diners to make their own crostini at the table.

A simple tapas or appetizer. These are my dressed-up pan con tomate. Grating tomatoes and spooning their pulp over crusty bread is a great - and incomparably easy - way to use your tomato harvest, or those fresh market heirlooms, even after they have gone a bit too soft for prime slicing. Top them with a shaved hard cheese (like a pecorino or parmesan), herbs (like thyme, parsley or basil) and a dollop of aioli (like this anchovy version). 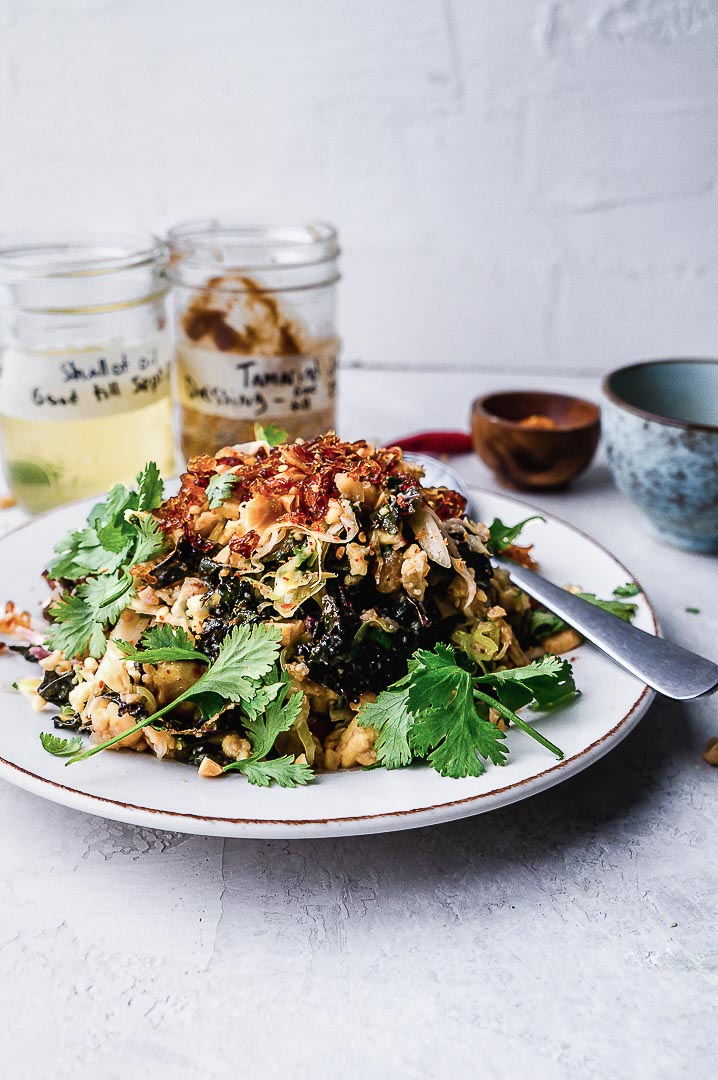 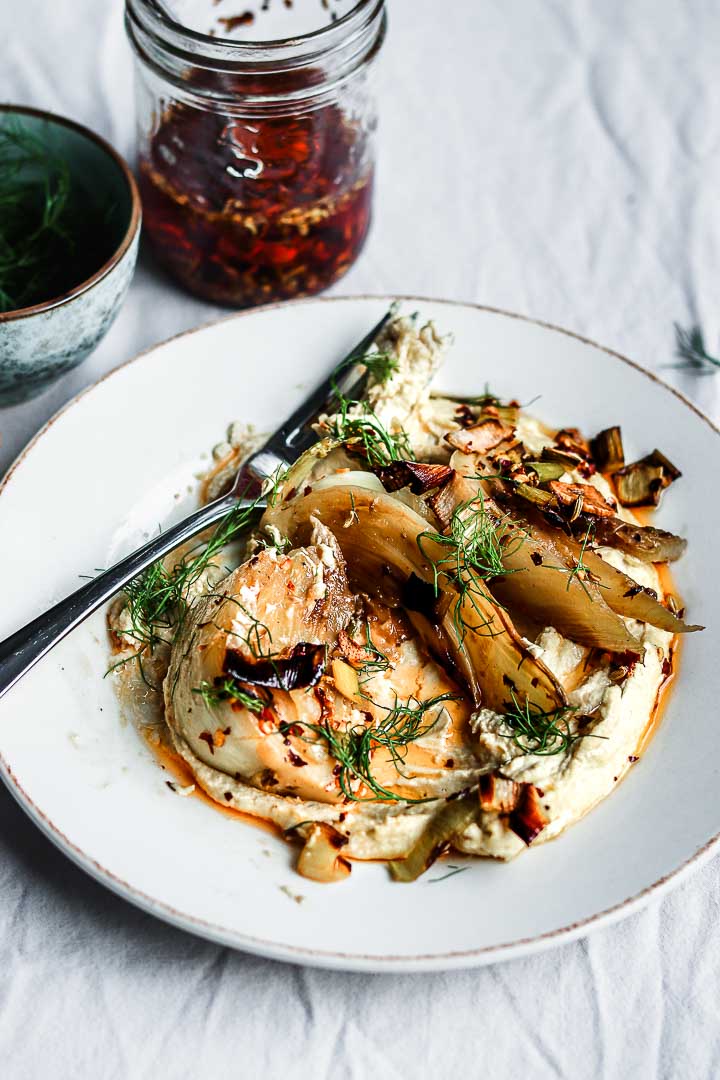